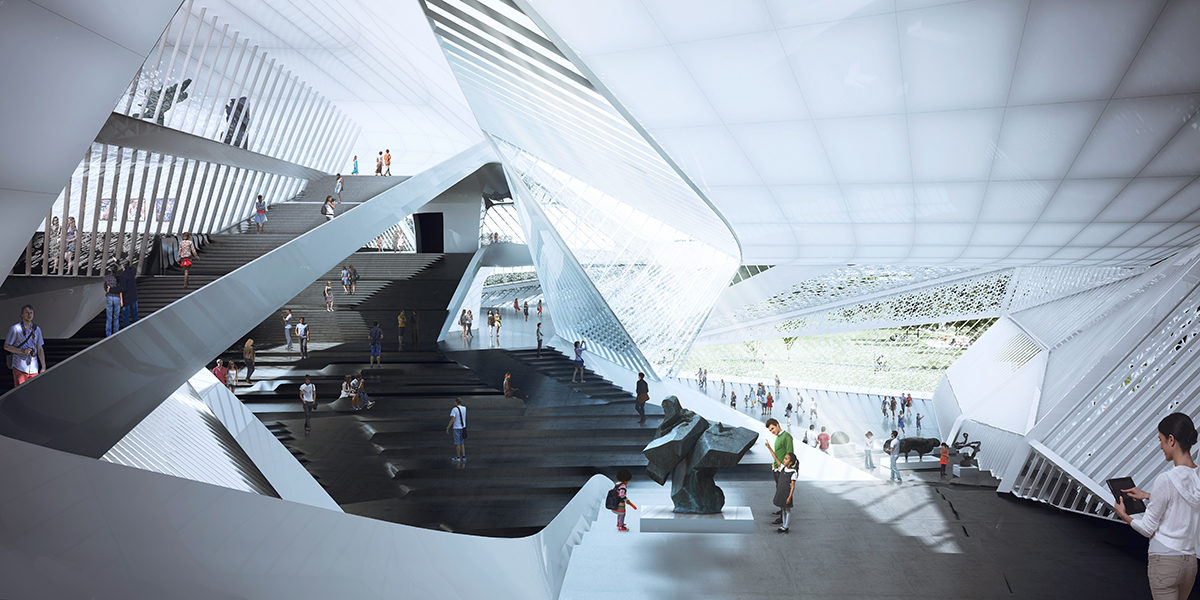 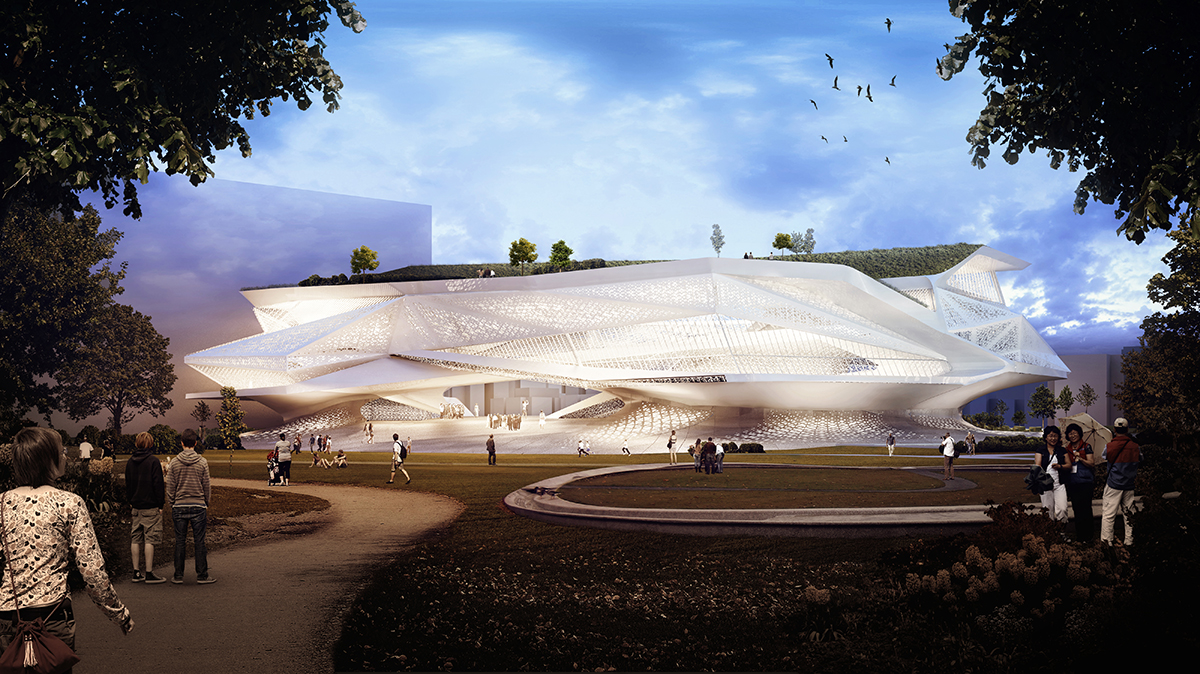 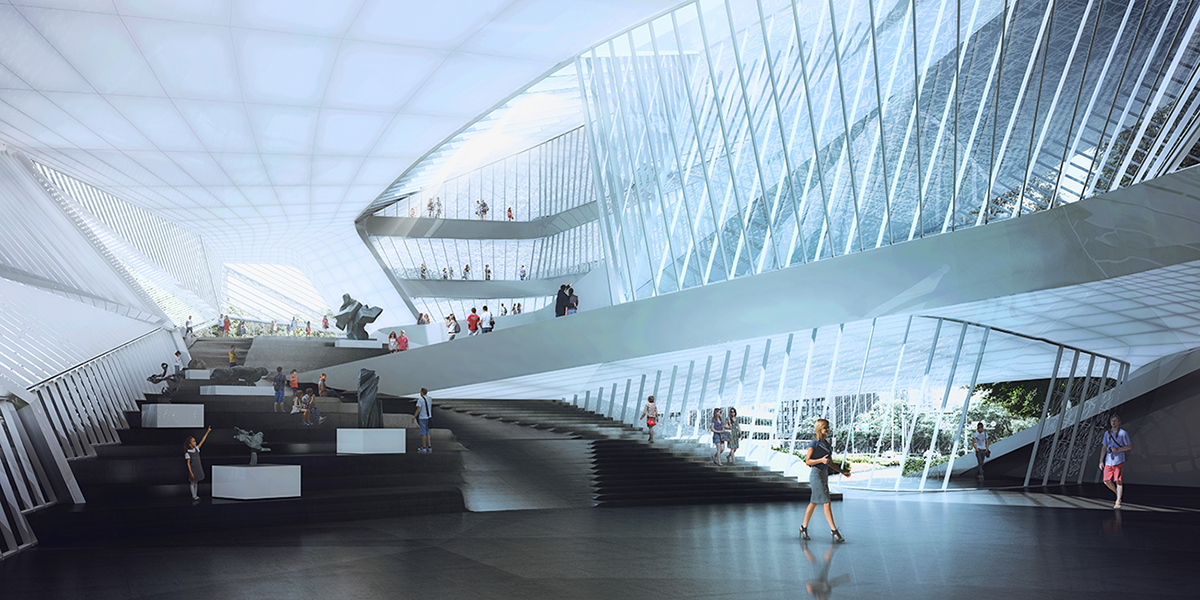 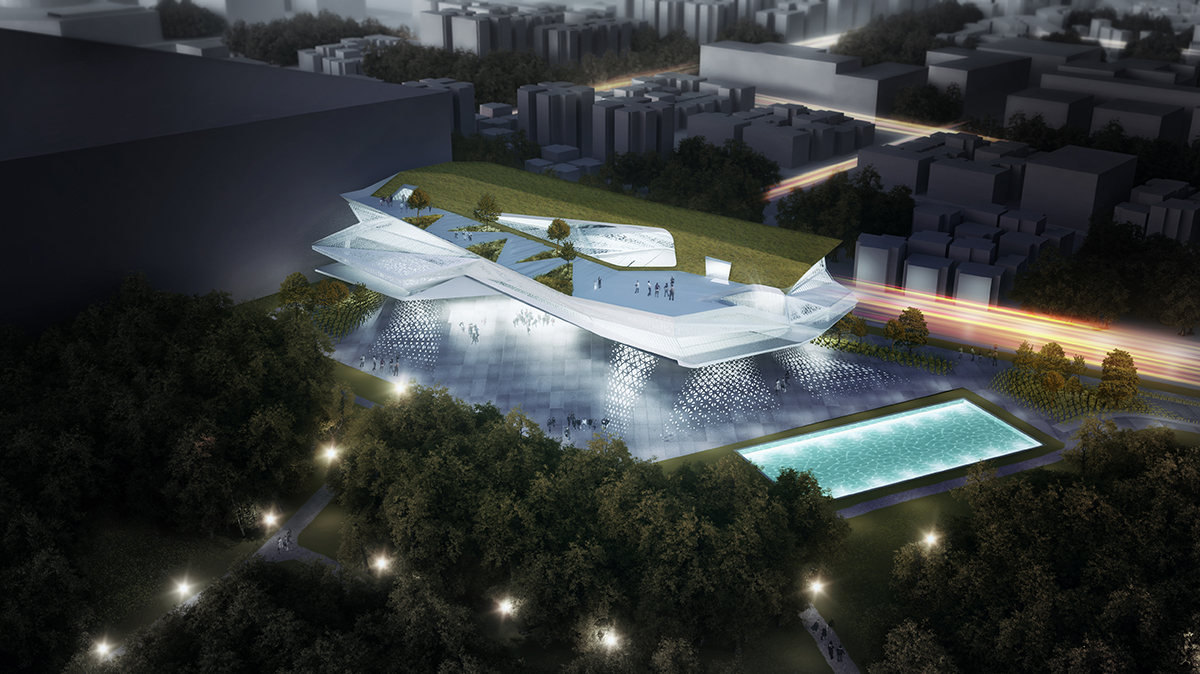 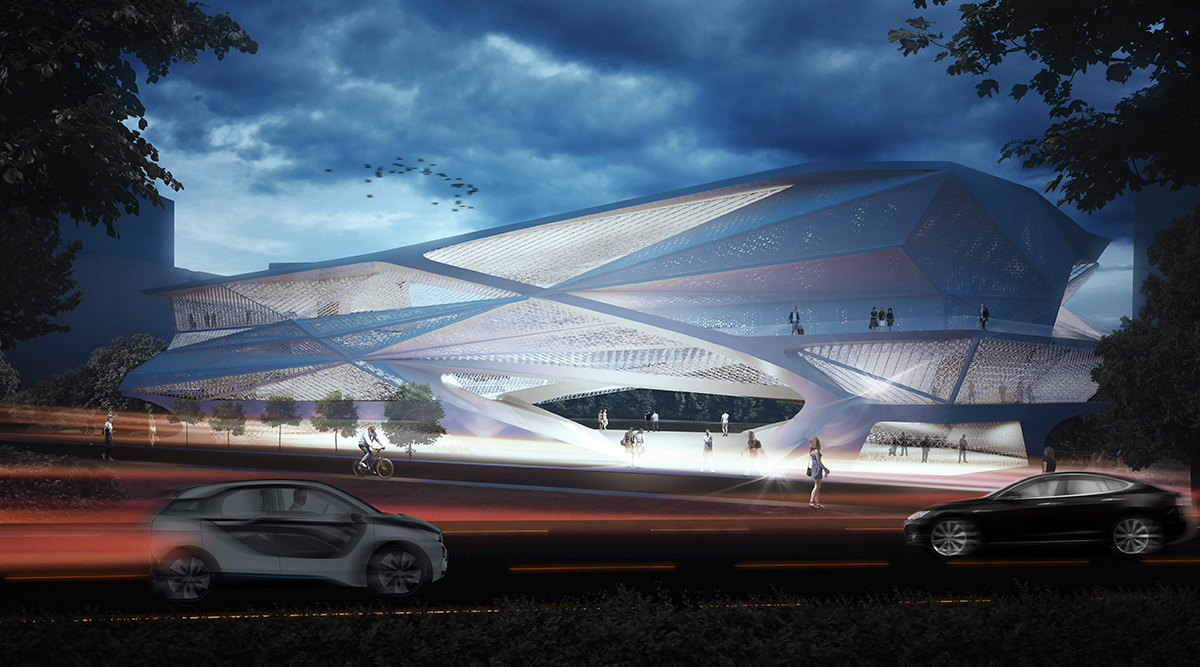 “Cultural Ascent” is a design proposal for the Taichung City Cultural Center that merges the programs of a public library, fine arts museum, and city park into an iconic contemporary architectural landmark. The architectural intent of the building is to augment its programmatic contents by creating gradient spatial conditions through sectional movement, while utilizing variable façade patterning and articulation to register varying programmatic conditions. The building organization is driven by two ramping and interlocking masses of gradient program (library and museum) that peel up from the landscape (park) in opposing clock-wise moves each hinging on a structural core. This move simultaneously.

Below grade the two programs are unified through shared parking and administration spaces, while above grade each program operates independently, yet intersects at key moments where exchange is facilitated through shared circulation, vertical cores and a sculptural roof terrace, ultimately merging into a single articulated mass. In section the two opposing ground moves work collectively to frame a connective portal between the urban condition and the park to the south with the mass of the building floating above, while in plan those moves create a multi-story atrium condition.

Given it’s key location at the head of the Taichung Cultural Park, our proposal seeks to present an urban gateway to the park while simultaneously extending the landscaping of the park through the building and providing a legible edge to the park. The sculptural base of the building peels away from the landscape in two distinct landforms (library and museum) to sculpt a framed portal connecting the city and the park. As they ascend, the two masses fuse into a sculpted mass of interlocking volumes and cantilevering floor slabs that hover over the park to shield the sculpted ground condition from the harsh Taiwanese sun. The green landscape of the park appears to pull through the building and re-emerge as an intensive green roof and sculpted roof terrace overlooking the park and the pending Taiwan Tower.