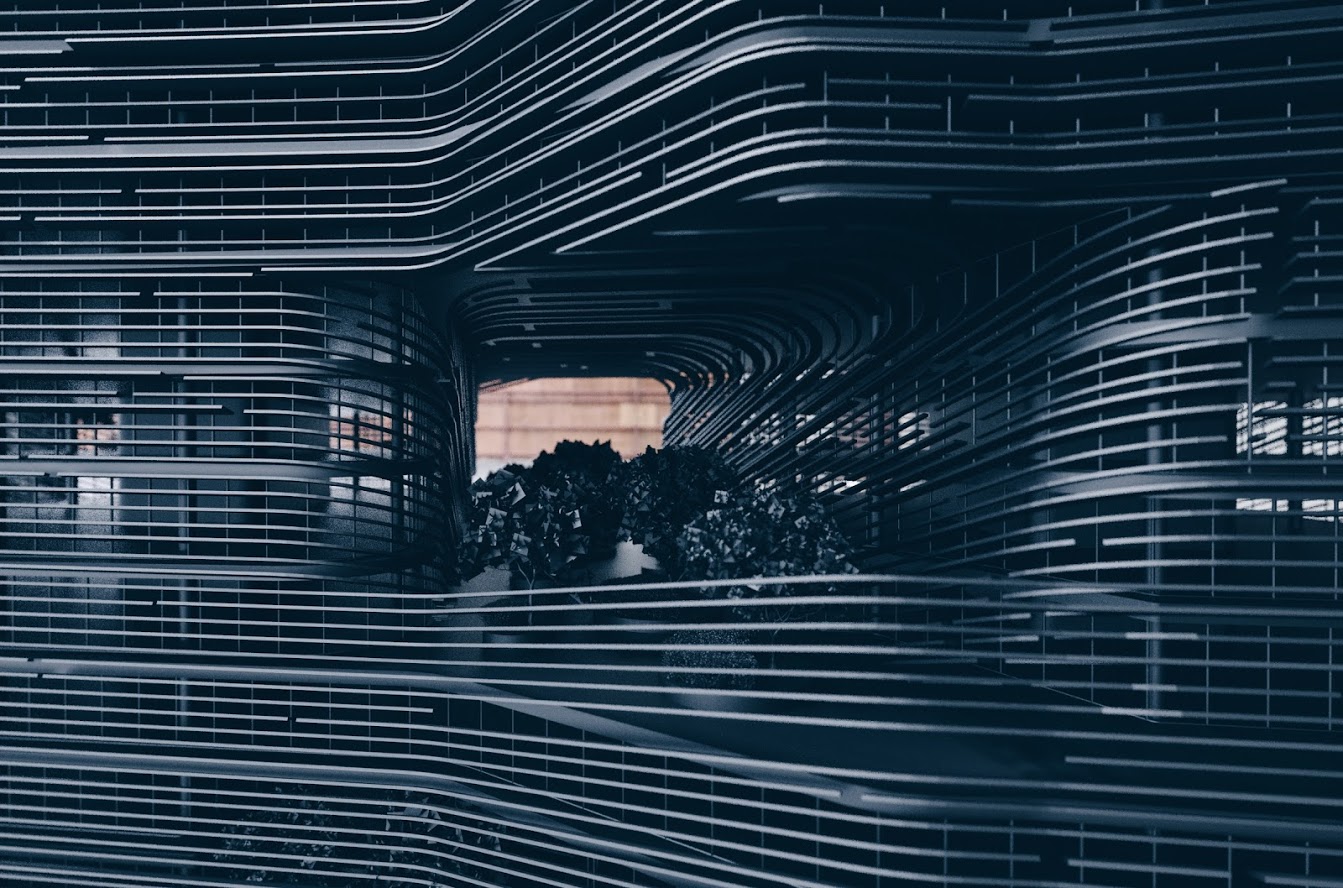 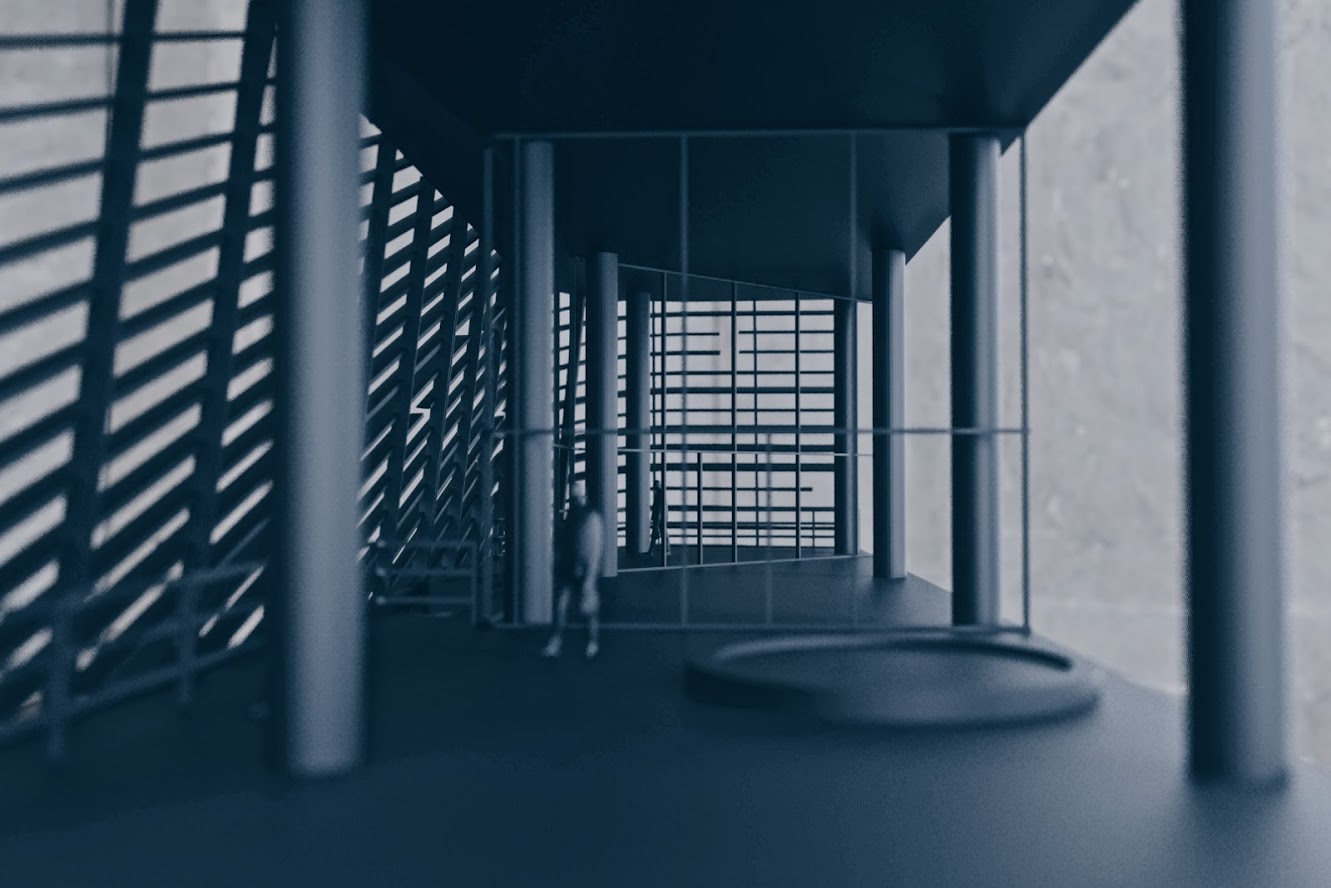 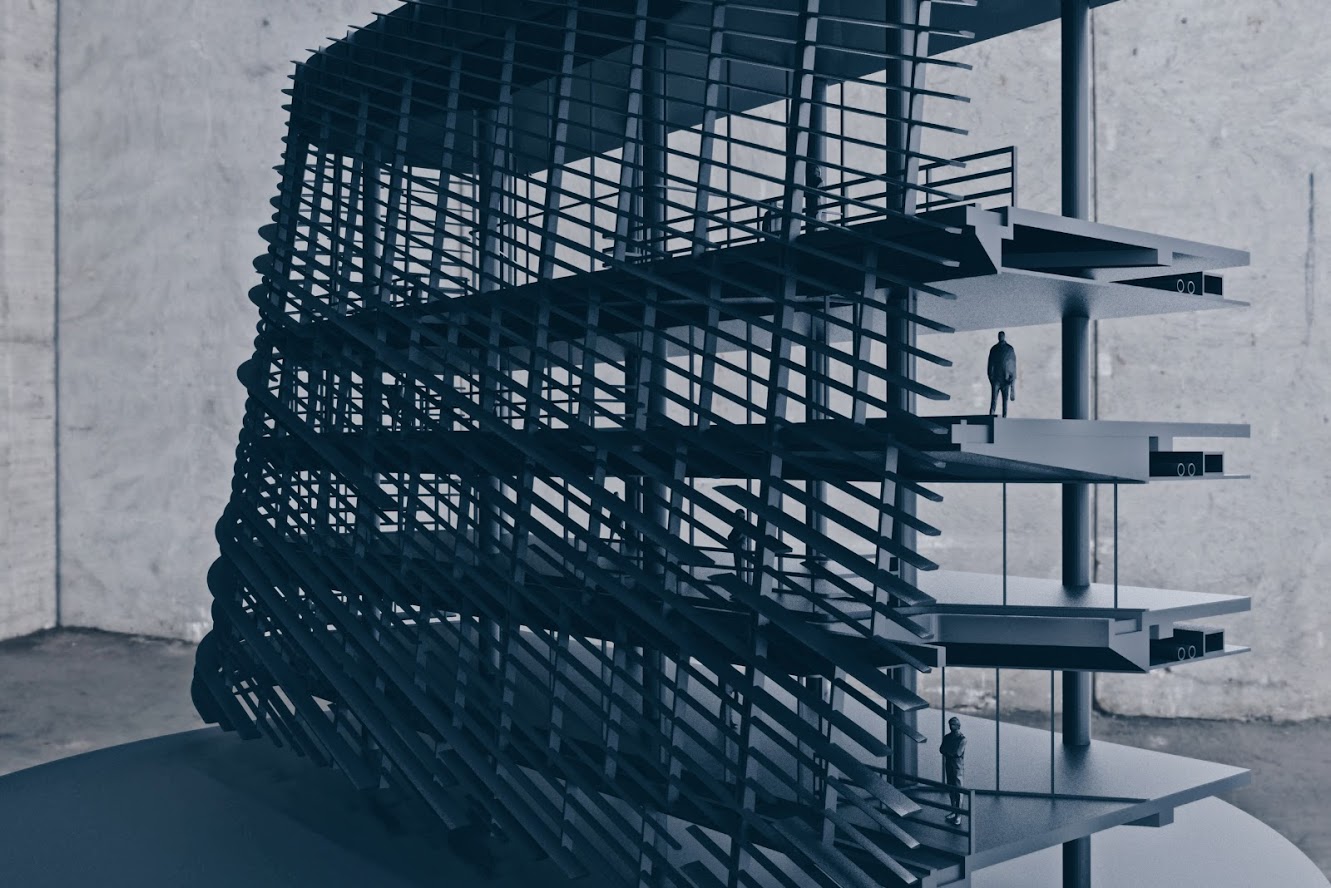 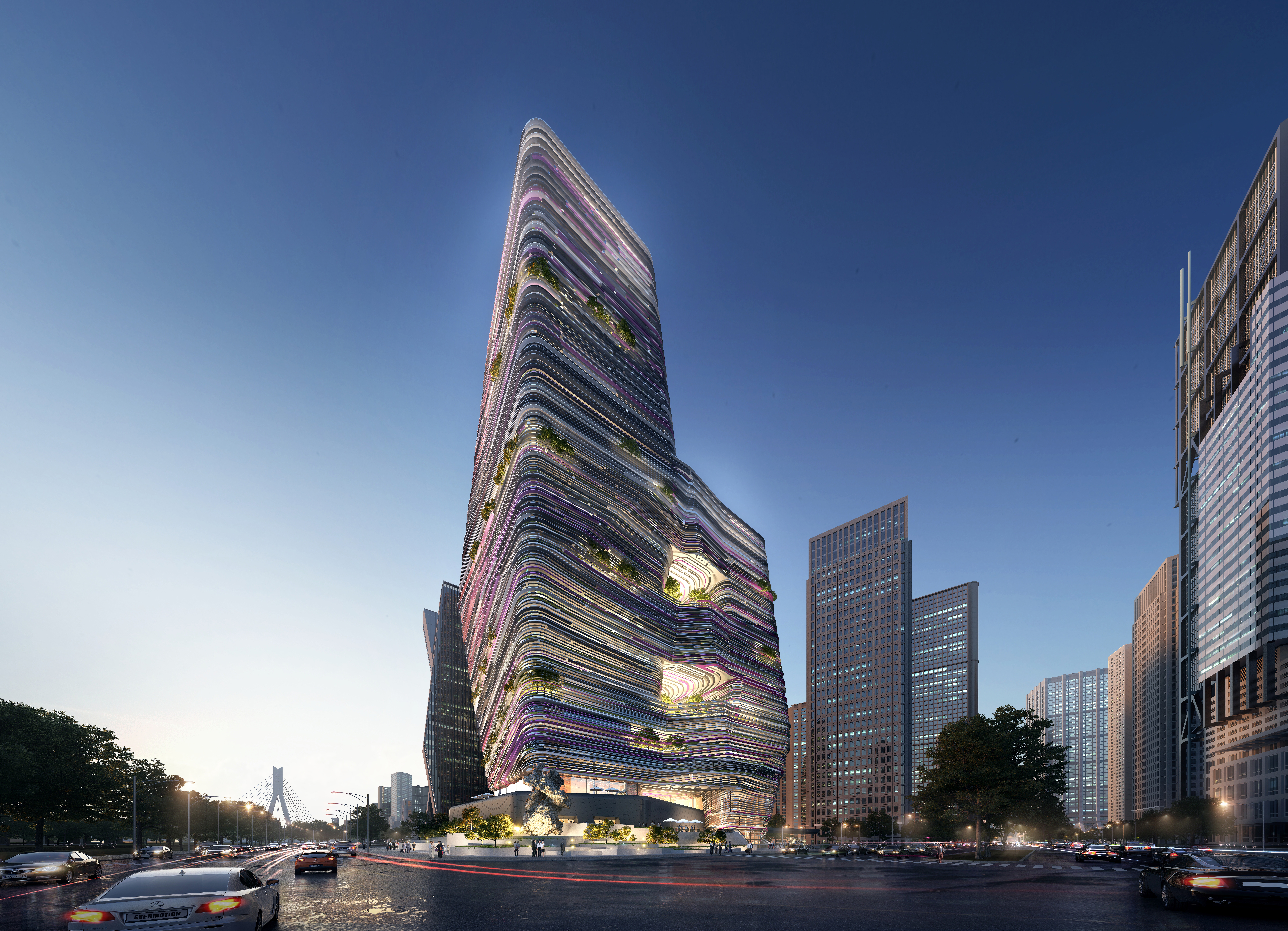 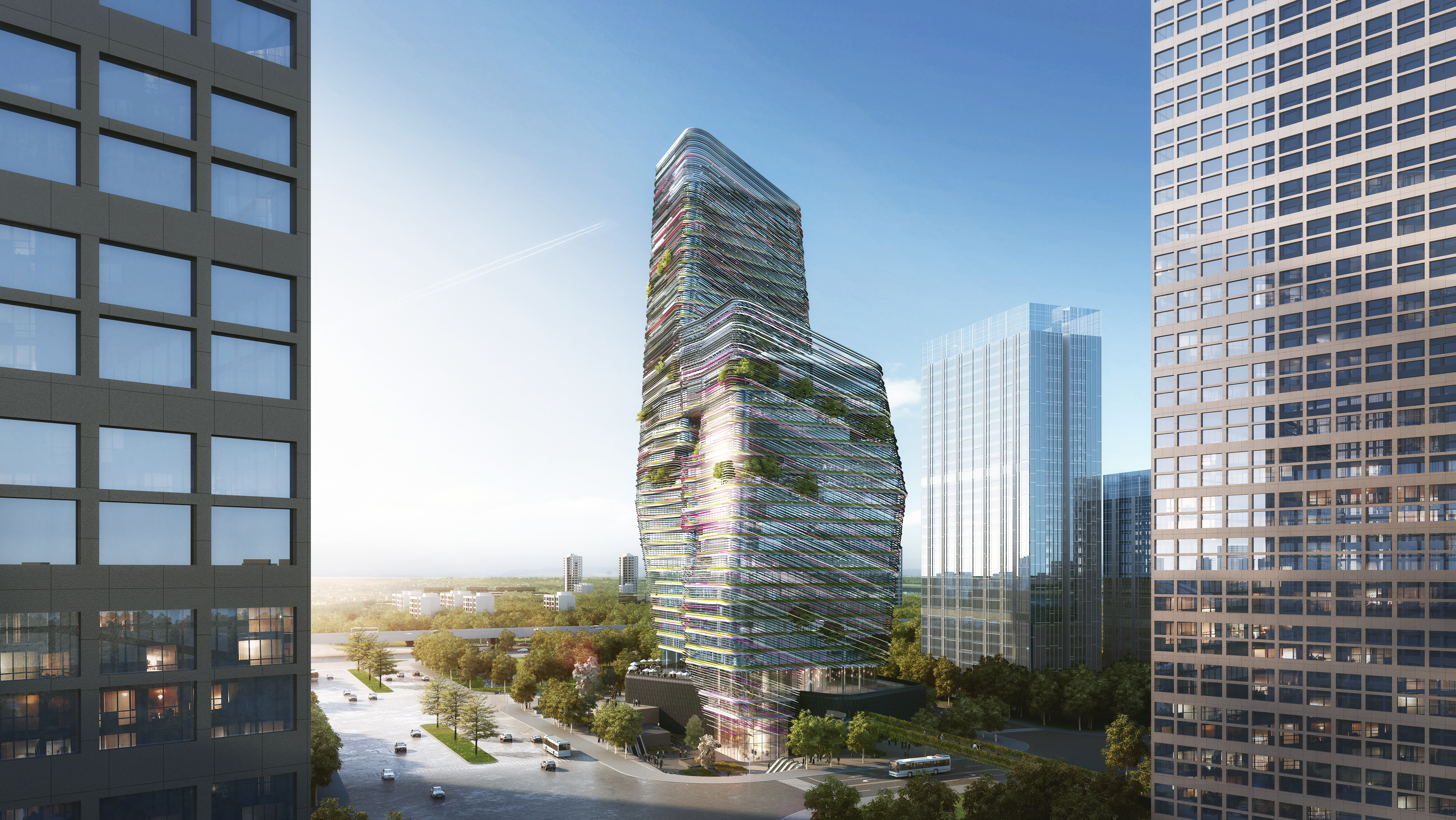 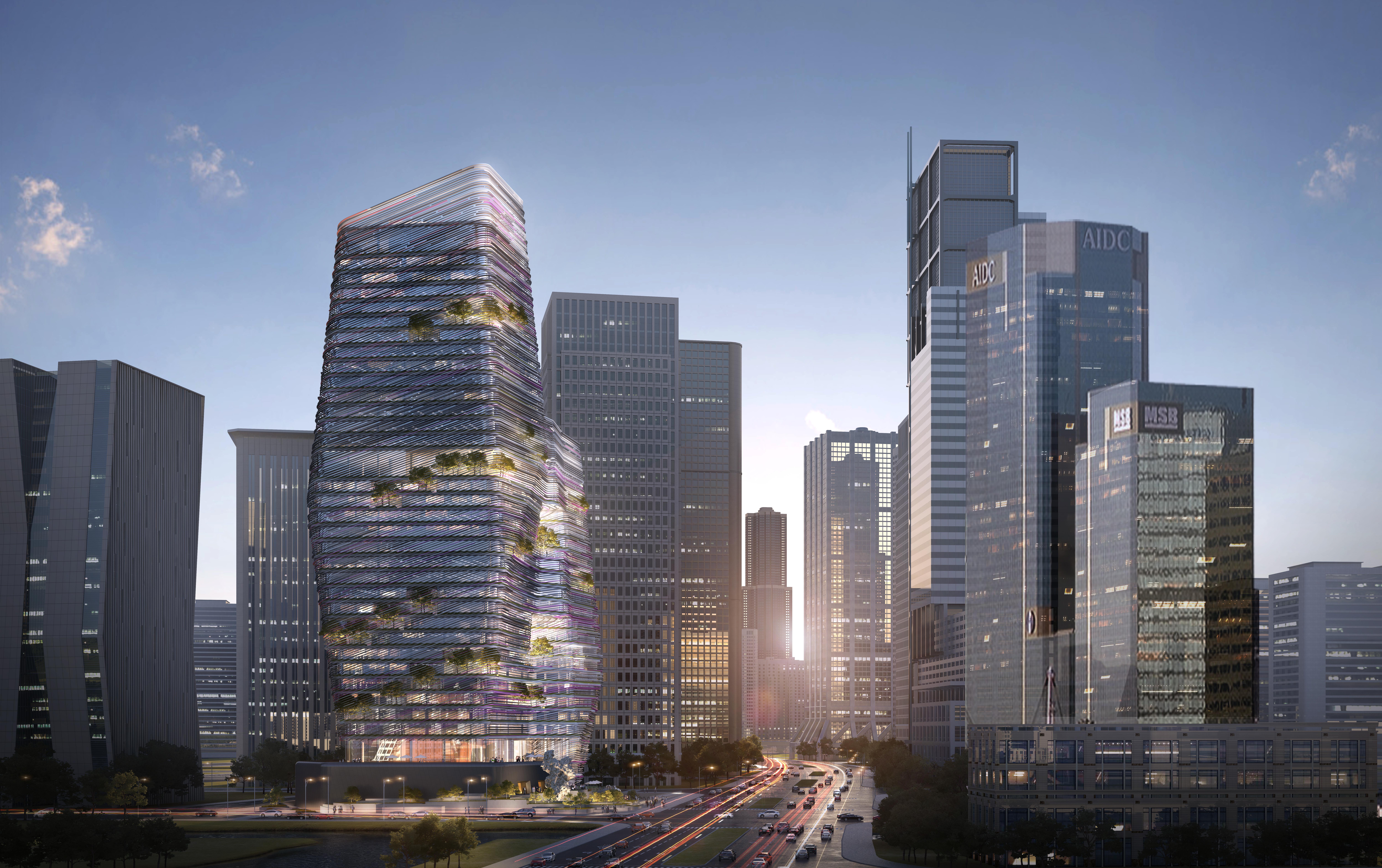 Sited at the entry to the New Nansha District in Guangzhou at the at the convergence of the Huangshanlu mountain range and five waterways, Scholars Tower is a project inspired by an intellectual appreciation and formal interest in the ancient Southern Chinese cultural artifacts known as Scholar’s rocks, or Gongshi. These sculptural rocks are geologic phenomenon that have been naturally sculpted by the flow of rivers and have served as inspiration to Chinese scholars for over 1000 years. In particular, the project merges qualities of the Gongshi with disciplinary conversations inspired by Stan Allen’s seminal text Landform Buildings – where Allen proposes and architectural typology that is informed by both geology/topography/topology as well as literal relationships to the ground to define an architecture of buildings as landforms.  The qualities of Gongshi that have been translated into the architectural form and space are: Shou: a reference to the slimness, delicateness and overall shape of the stone that is evocative of the landscapes found in the area now known as South China Karst landscapes. This quality has informed the sculptural form of the tower mass and it’s asymmetrical yet perfectly balanced posture. Zhou: a reference to the creases or wrinkles on the surface of the stone that mimic the mountaintops, valleys, cliff faces, crevices and natural formations found in the Karst area. This quality is articulated in the graphic patterning of the variably louvered second skin, which creates a physical index of the striations, creases, and wrinkles of Gongshi by mapping them as louvers of varying depth, density, and color. Lou: a reference to channels or caves, believed to be gateways into other worlds. Just as some tunnels are hidden deep inside mountains, scholars surmised that many caves and channels were similarly hidden inside Gongshi stones, out of sight and out of reach yet undeniably present and accessible only through the imagination. This quality is expressed in the carving of the tower mass to reveal a series of intimate sky gardens that provide private outdoor amenity that is are screened to the outside world behind by louvered second skin of the tower. Tou: a reference to naturally occurring perforations that expressed the openness of a stone and allowed light and air to pass through. This quality materializes as a series of canyon-like perforations that puncture the mass of the tower to reveal public sky gardens and enable enhanced  natural ventilation at the lower levels.