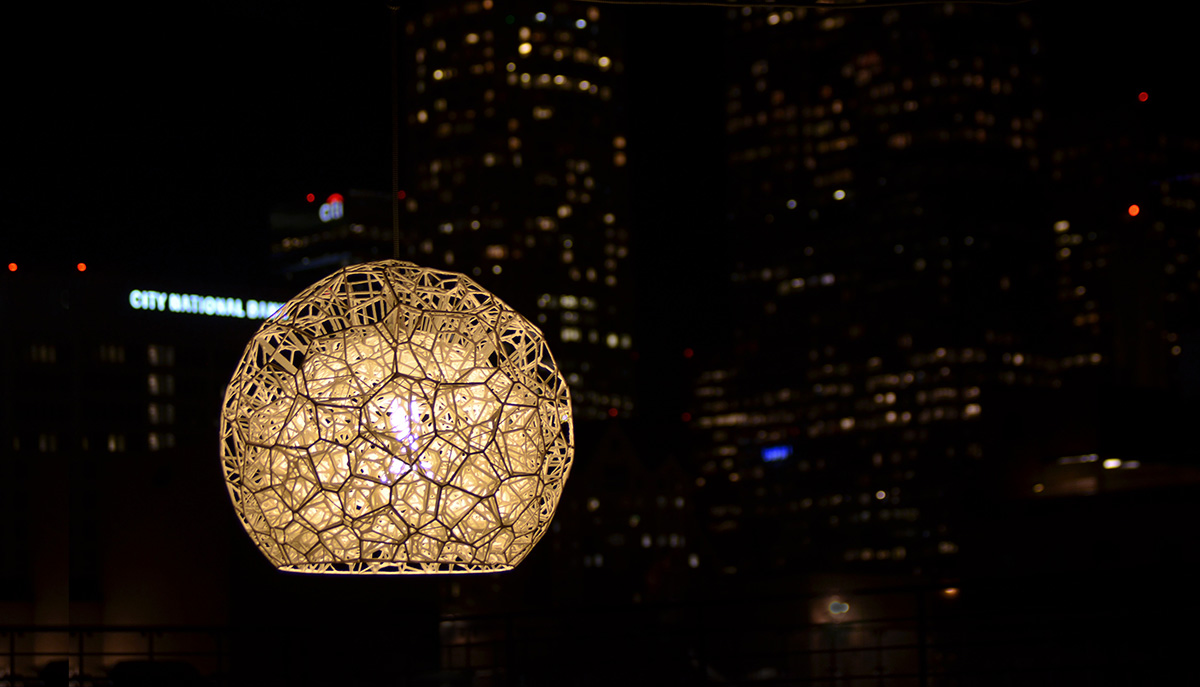 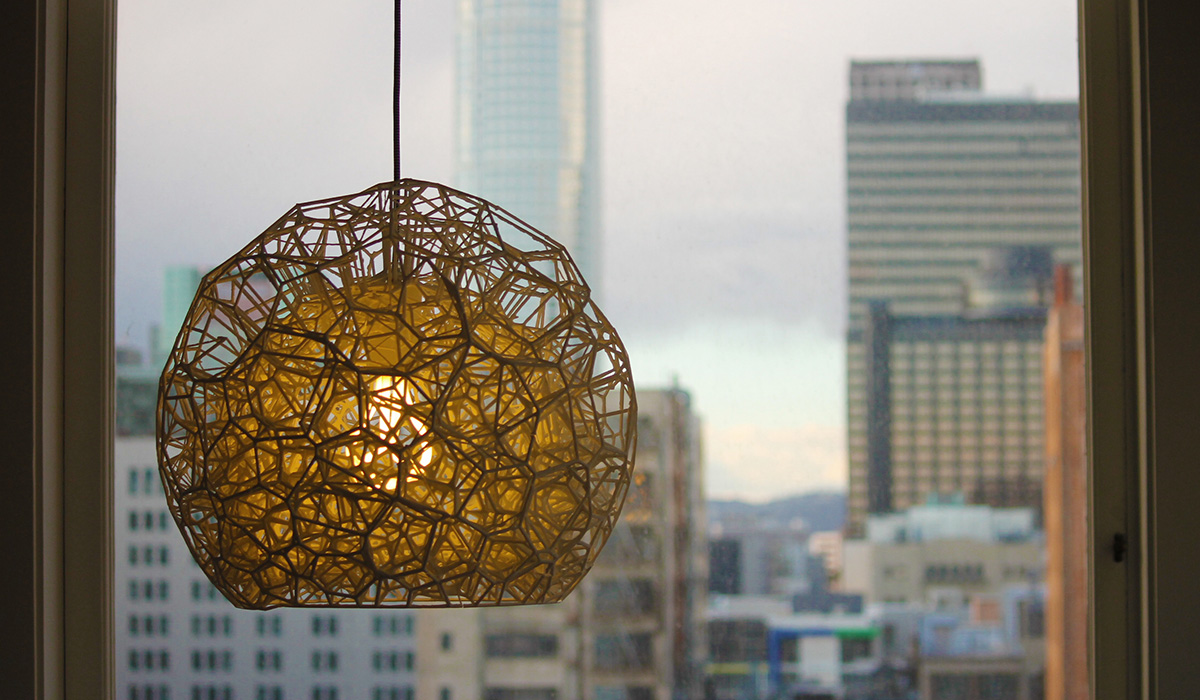 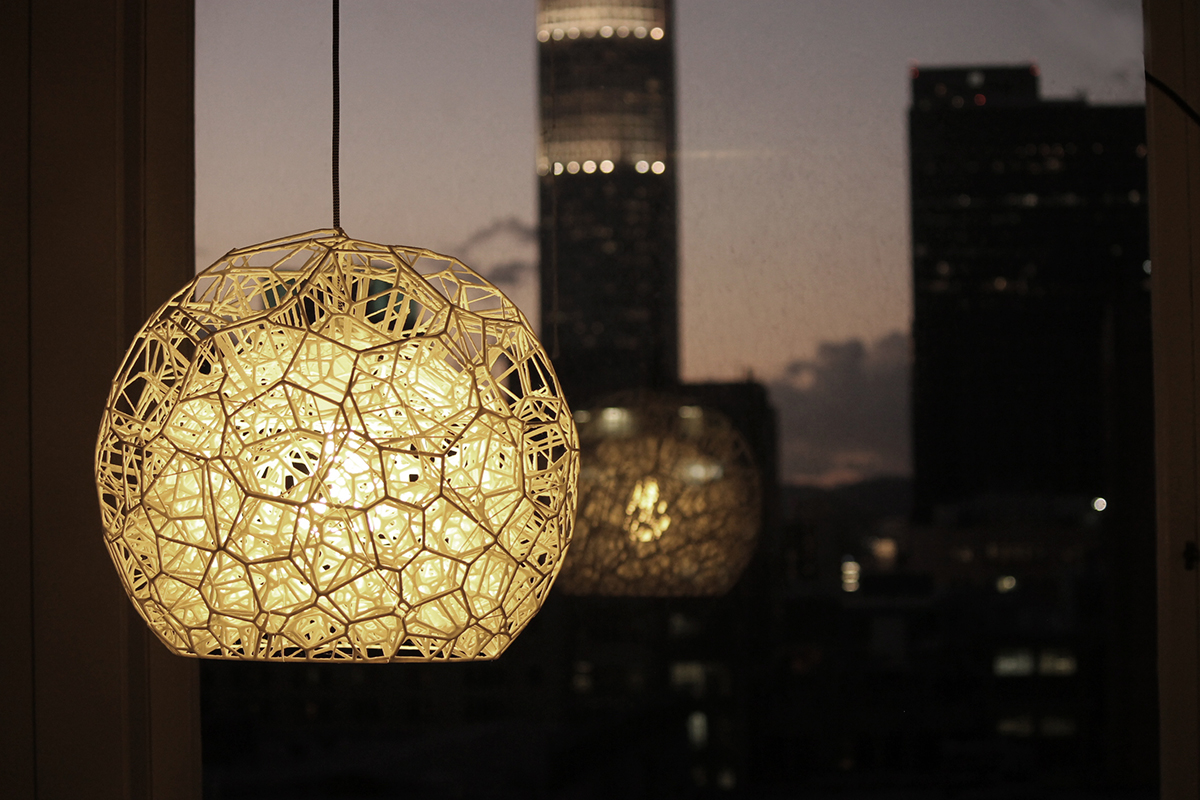 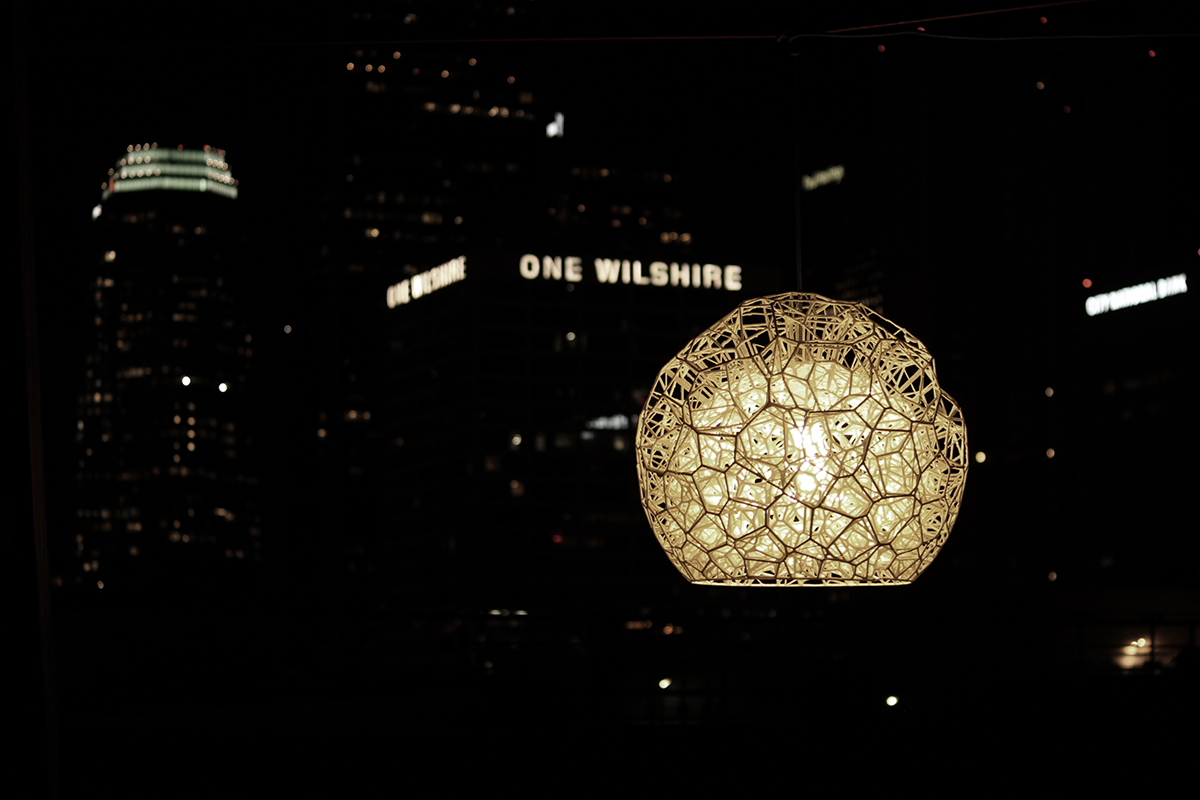 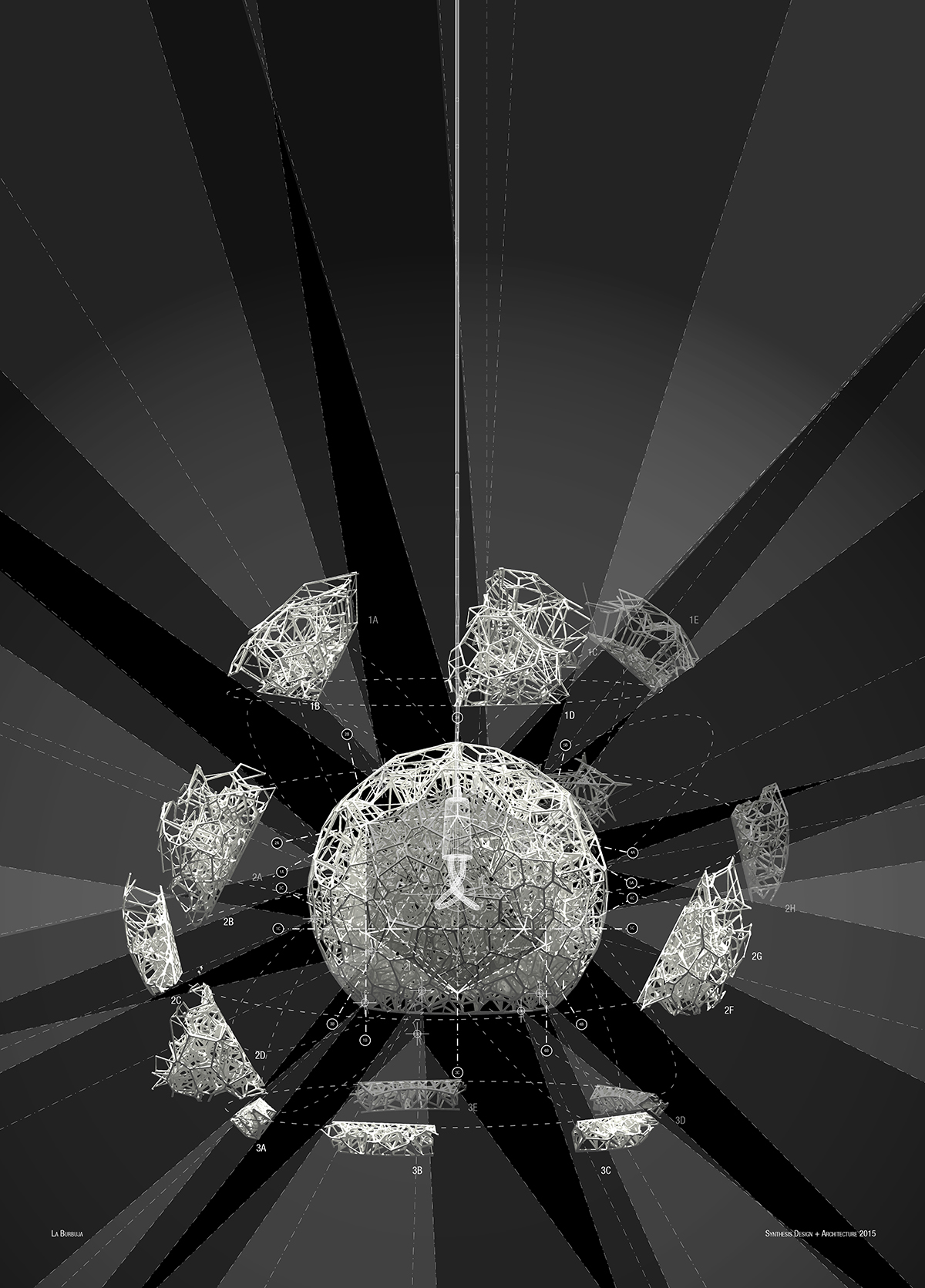 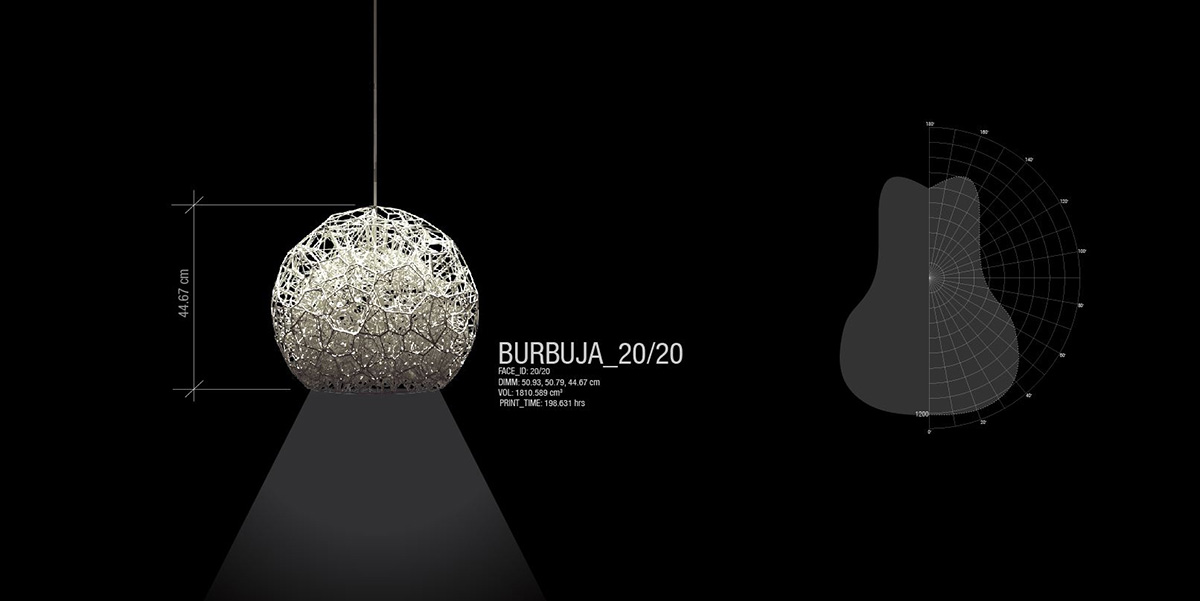 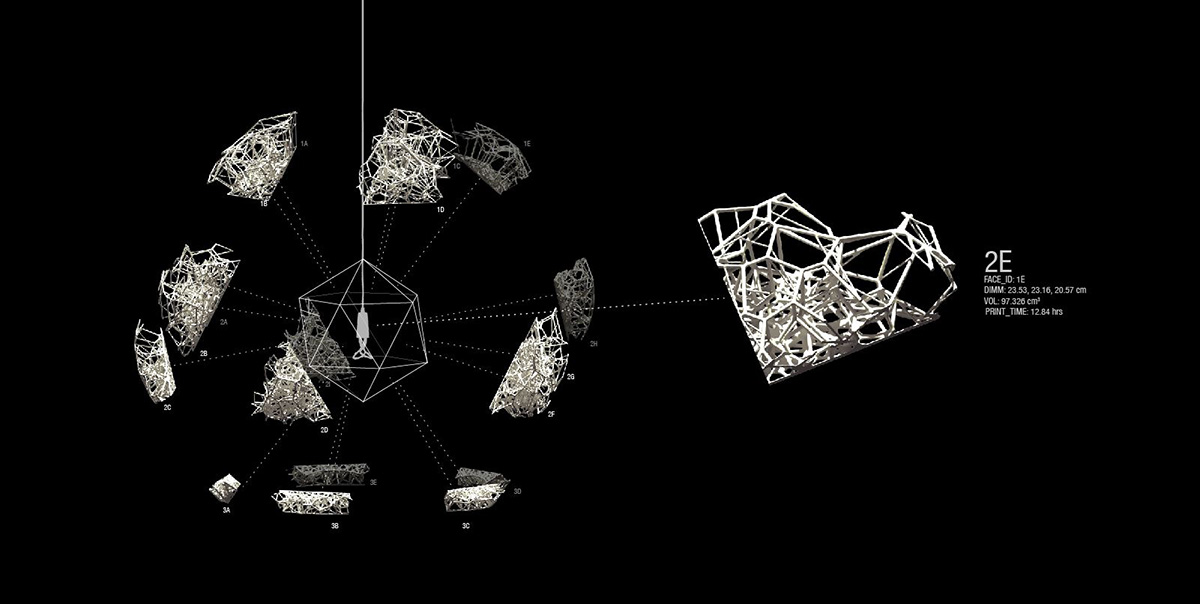 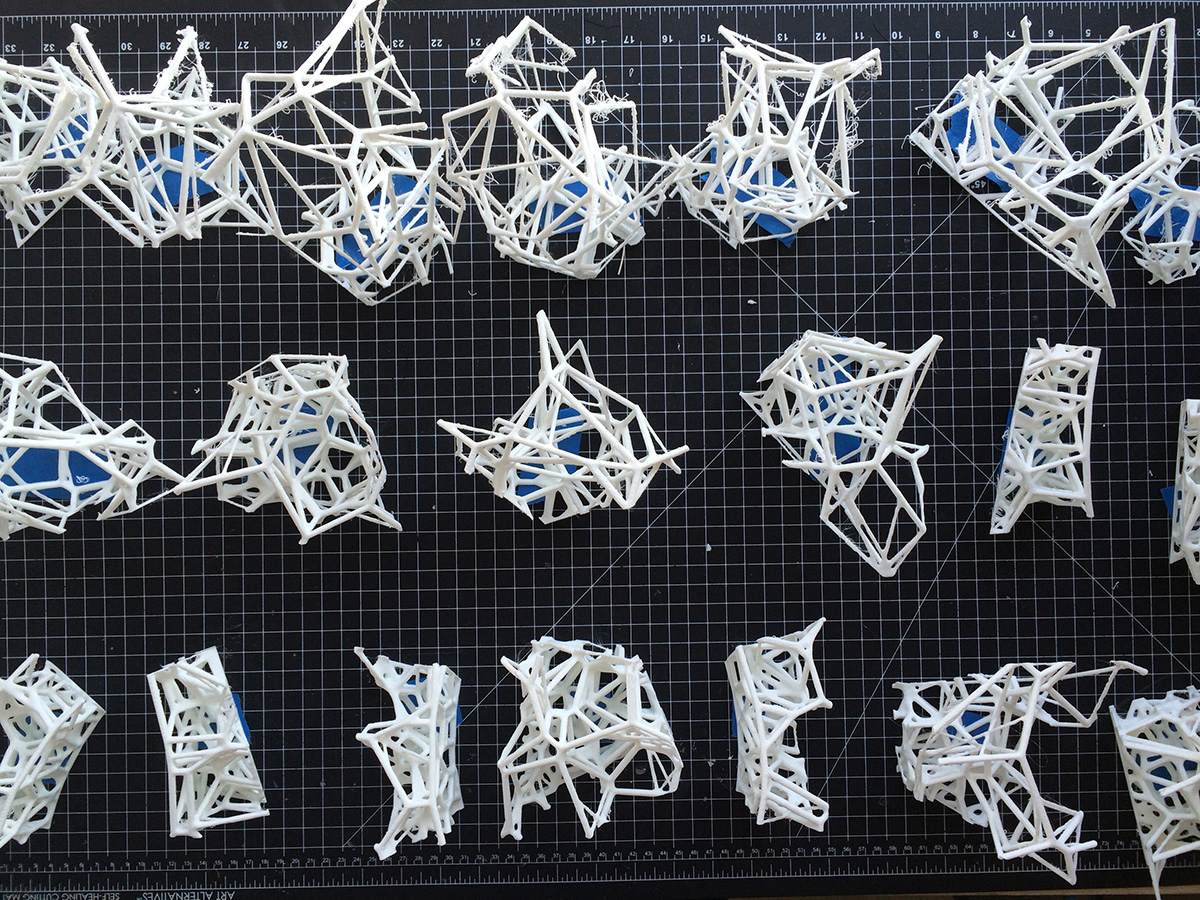 La Burbuja is a bespoke 3D printed pendant luminaire articulated as a densely packed three dimensional field of virtual soap bubbles. Designed by Synthesis Design + Architecture as a parallel experiment in three-dimensional space packing structures and supportless 3D printing, the object can be read as a series of multiple micro figures embedded within a monolithic macro figure via the constitution of over 1200 virtual bubbles computationally packed into its spherical bubble-like mass. The juxtaposition of two primitive & platonic global forms is defined by an internal decahedron skin and a spherical exterior skin, with the volume between them defined by variably localized articulations and lace-like forms which produce multiple readings of figures within figures.