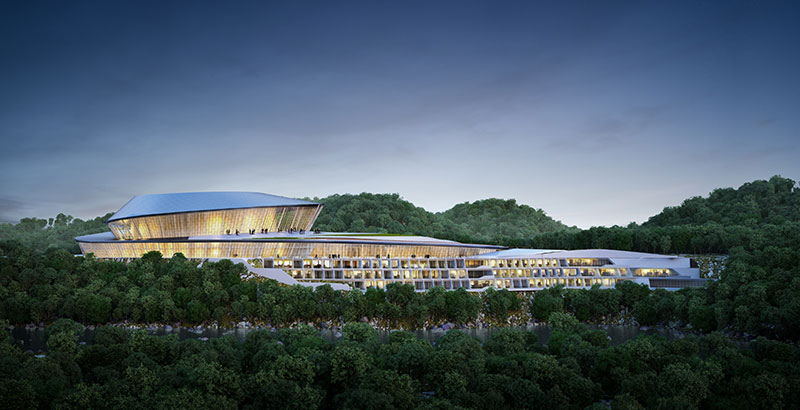 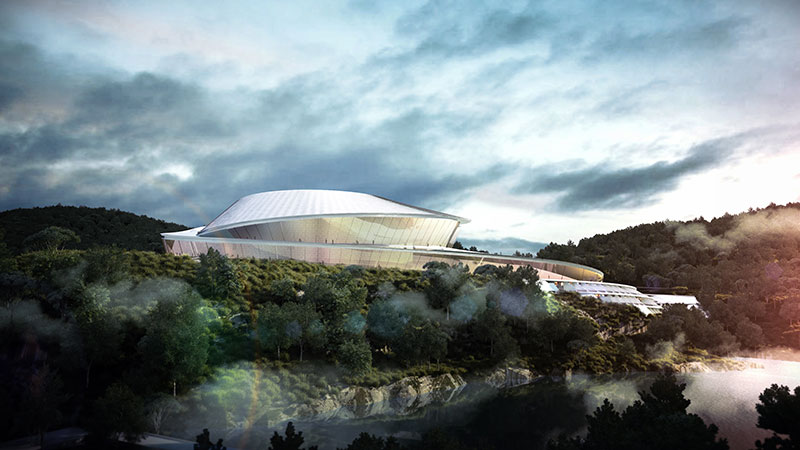 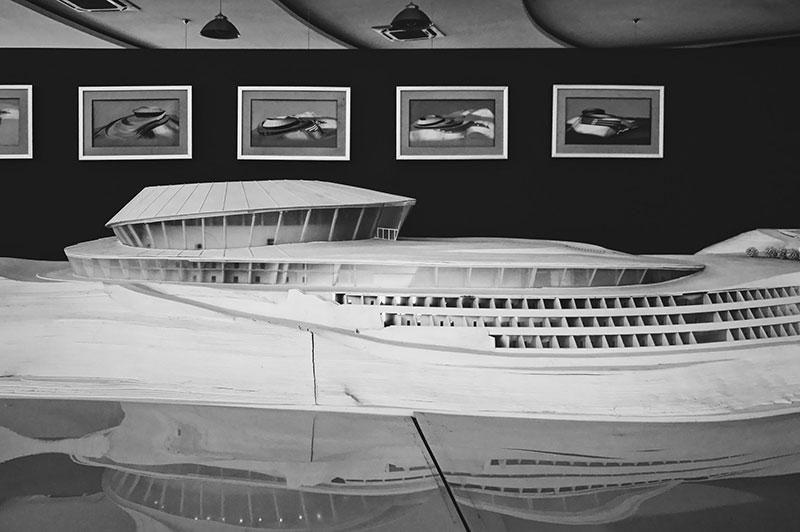 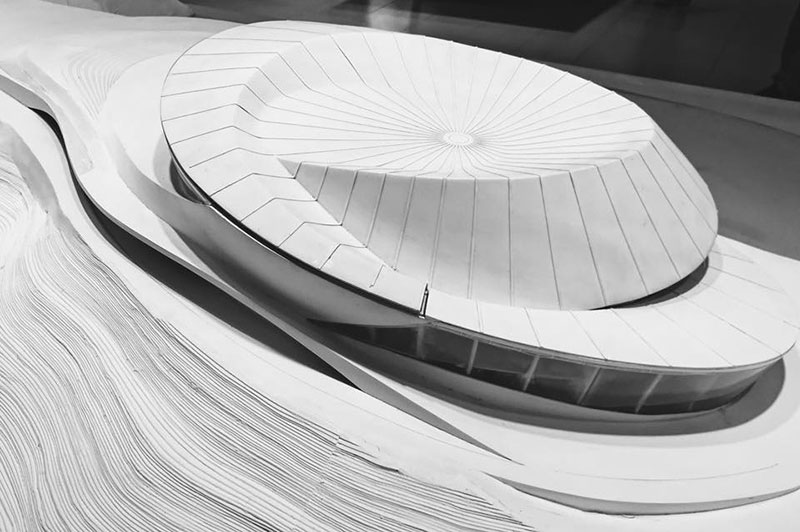 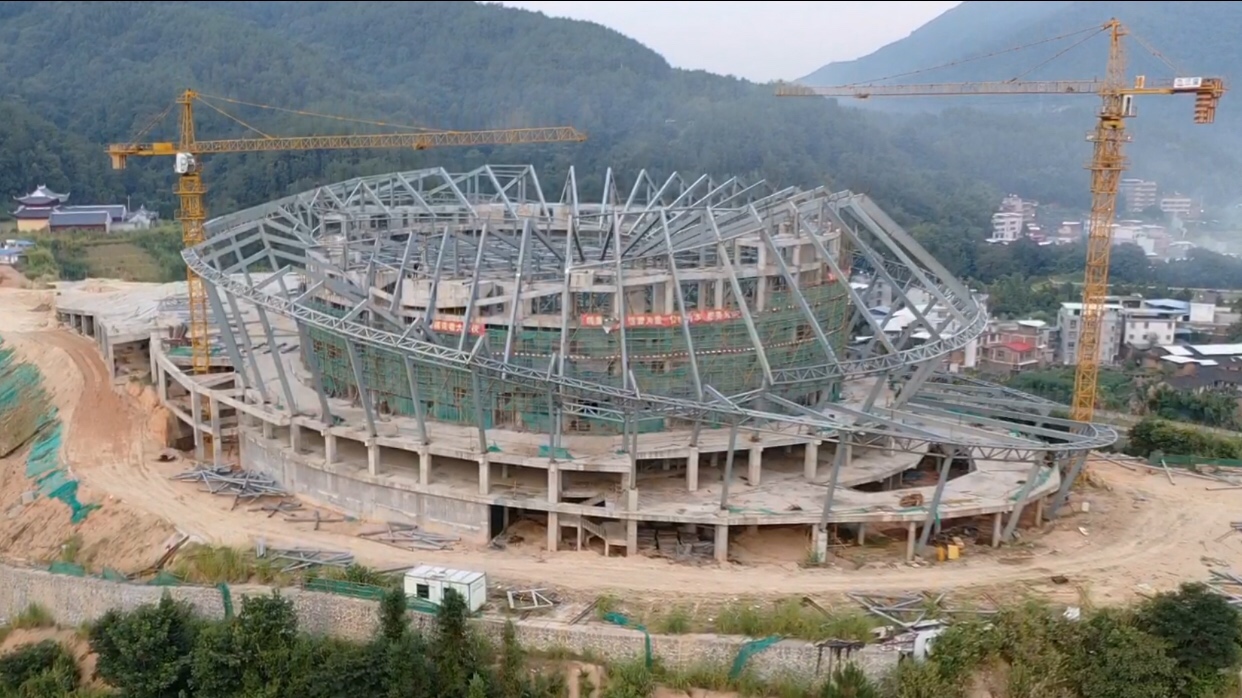 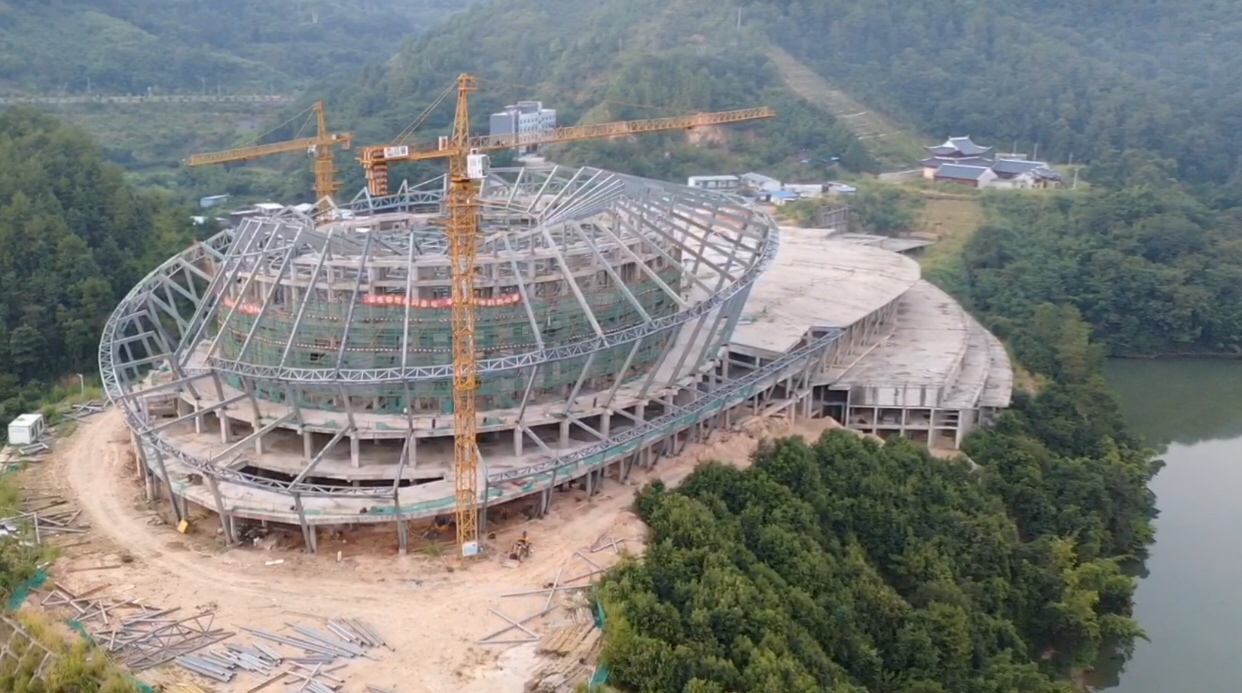 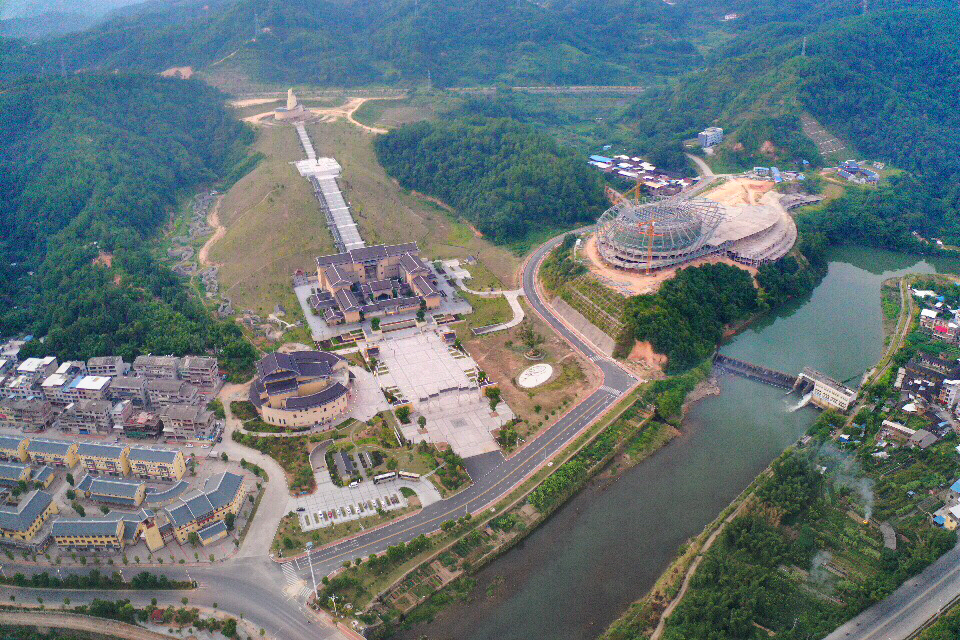 Situated on a prime hilltop site overlooking the Yongding River, the design of the building seeks inspiration from the continuously looping traditional homes of the Hakka Minorities.  However, it also looks to re-interpret the closed and introverted forms of the Tulou by seeking parallel inspiration from mathematical models of continuous inversion found in the mobius strip, klein bottle, and lorenz attractor.

In direct opposition to the conventional approach of the Tulou which sit as platonic and inward facing closed objects dropped onto the landscape, the project seeks to integrate itself with the contours of the surrounding landscape. Its dramatic looping roof form peels away from the terraced hilltop to create a continuous loop which is both plaza, façade, and roof.  It simultaneously creates an inward facing enclosure toward its central performance stage, while maintaining an outward facing view over the surrounding hillside and the hundreds of historic Tulou which dot the local area.

The apparent free-form geometry of the building is actually defined by a series of rational arcs, all of which are developed through associative geometric models which rely on a decomposing the parameters of a collection of simple polylines.  The spiraling circulation path of the performance hall drive a series of parameters which define the plan distribution of seats.  This plan distribution in turn defines a sectional condition which is constrained by the sight  angles required by each visitor.

The roof of the building has been rationalized through associative modeling techniques to define its apparent free-form geometry as a  series of rational and easily describable compound arcs.  The relationships between the edge conditions are constrained by linear connections which define the roof as a developable surface which can easily be constructed by linear elements with no double curvature.

The façade of the building is articulated by a parametric pattern which is a dynamically adaptive ceramic frit pattern which gradiates in scale, intensity and opacity.  This pattern is a contemporary interpretation of the traditional Hakka patterns found in the Tulou.  The variable gradient conditions created by the façade react to orientation of the building, location of major entrances and other programmatic elements to define a constantly changing façade pattern which engages and encourages visual interaction through a non-uniform moiré effect.