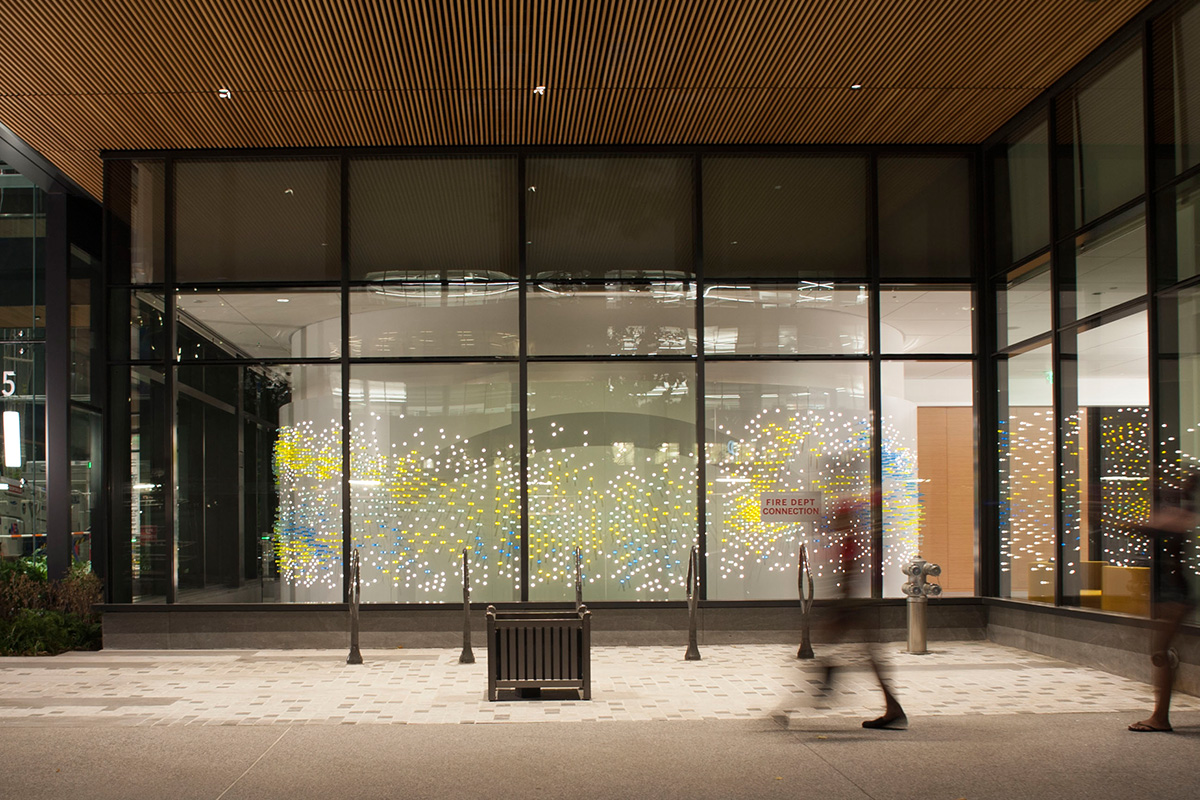 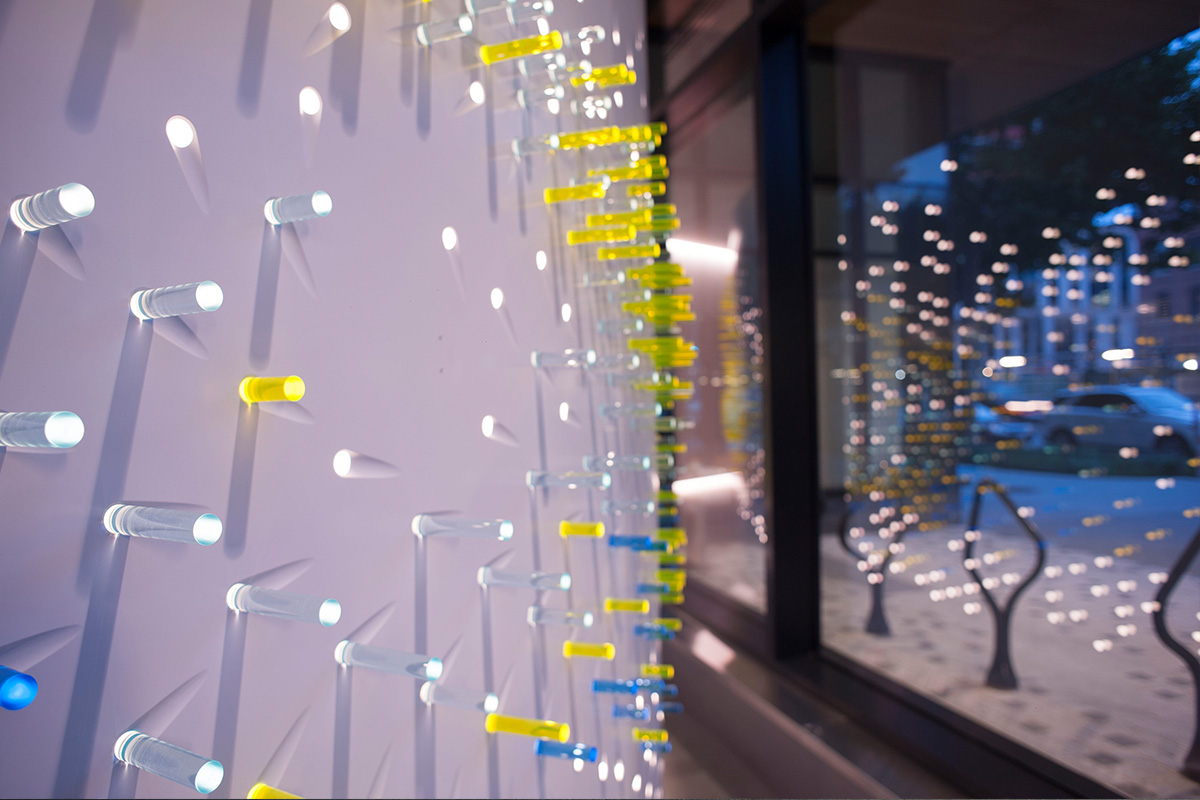 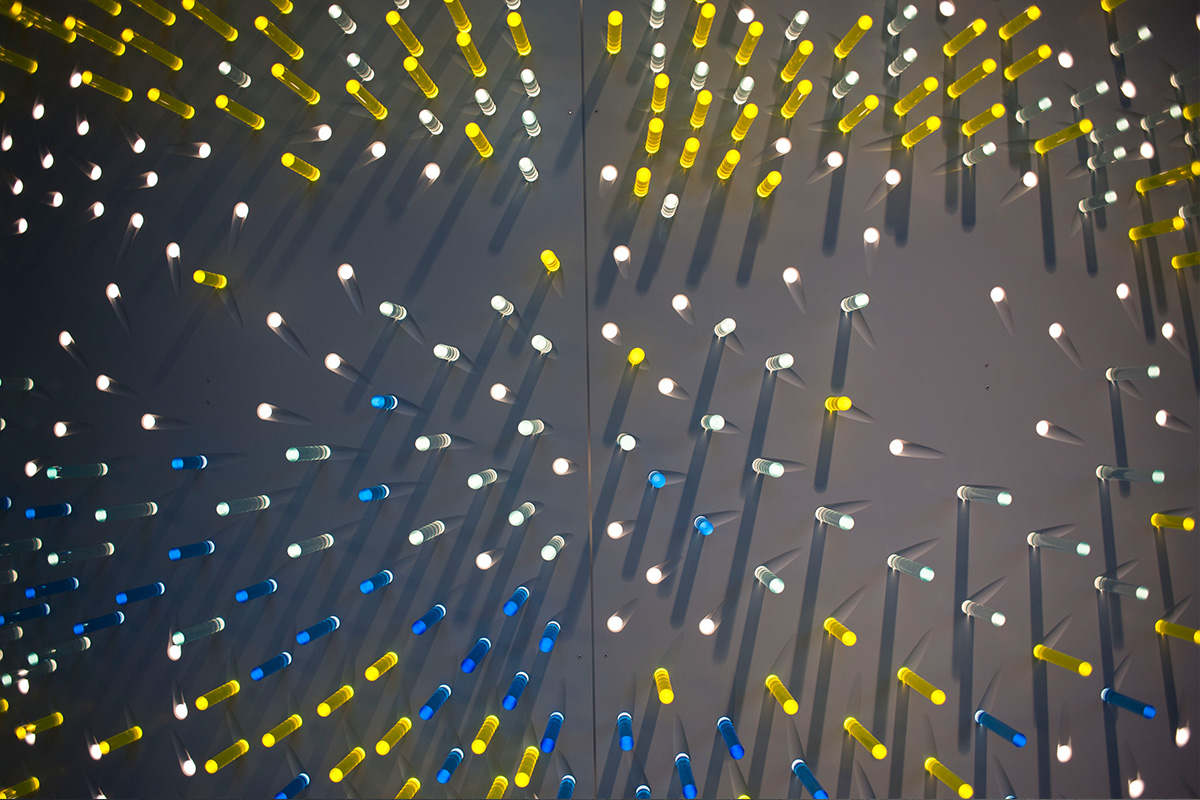 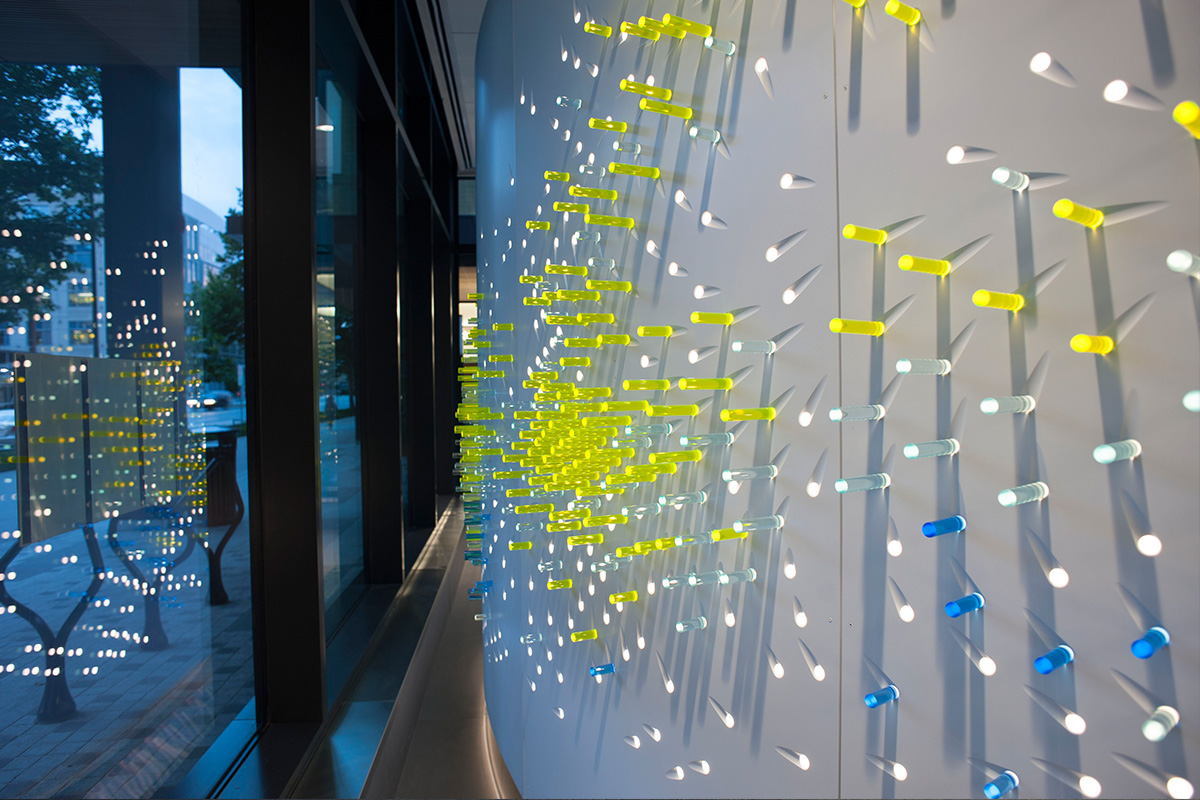 Data Swarm is a large-scale feature wall designed and installed for the IBM Watson Experience Center in Cambridge, Massachussets. The project merges the territories of “data spatialization” and “data narrative” by using the cognitive computing capabilities of IBM Watson to inform a data-driven generative design processes. The result is a digitally-fabricated physical installation that The swarm is a three-dimensional Data Spatialization produced by using co-concurrence analysis produced by IBM Watson Analytics analyzing relationships between 7 genetic influenced diseases against distinct genes, drugs, and years to drive a field of swarm agents to produce a combined vector and height field. The Cambridge Watson Experience Center focuses on Machine Learning and Cognitive Computing for the health sciences.

The resultant project is simultaneously an abstract representation of Big Data that offers a uniquely spatial marketing narrative, as well as a dynamic architectural feature with a visual experience that is amplified through the movement of visitors through the Experience Center. The paper reviews initial research and data mining, digital mapping and visualization studies, and the development of tectonic including spatial logics which have proved effective both representationally and atmospherically.