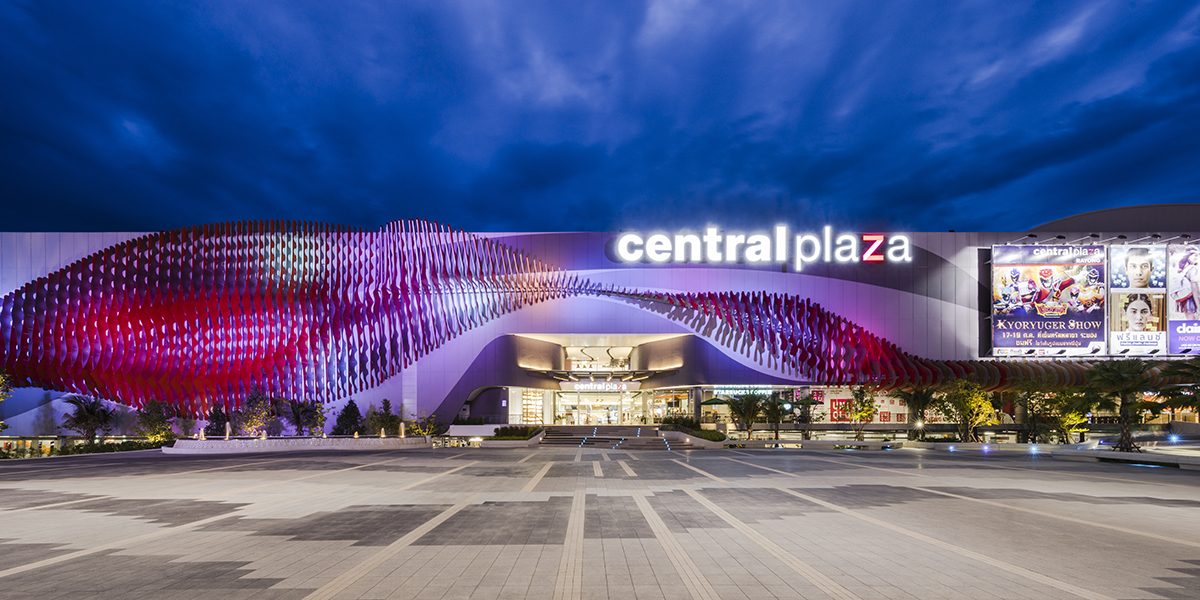 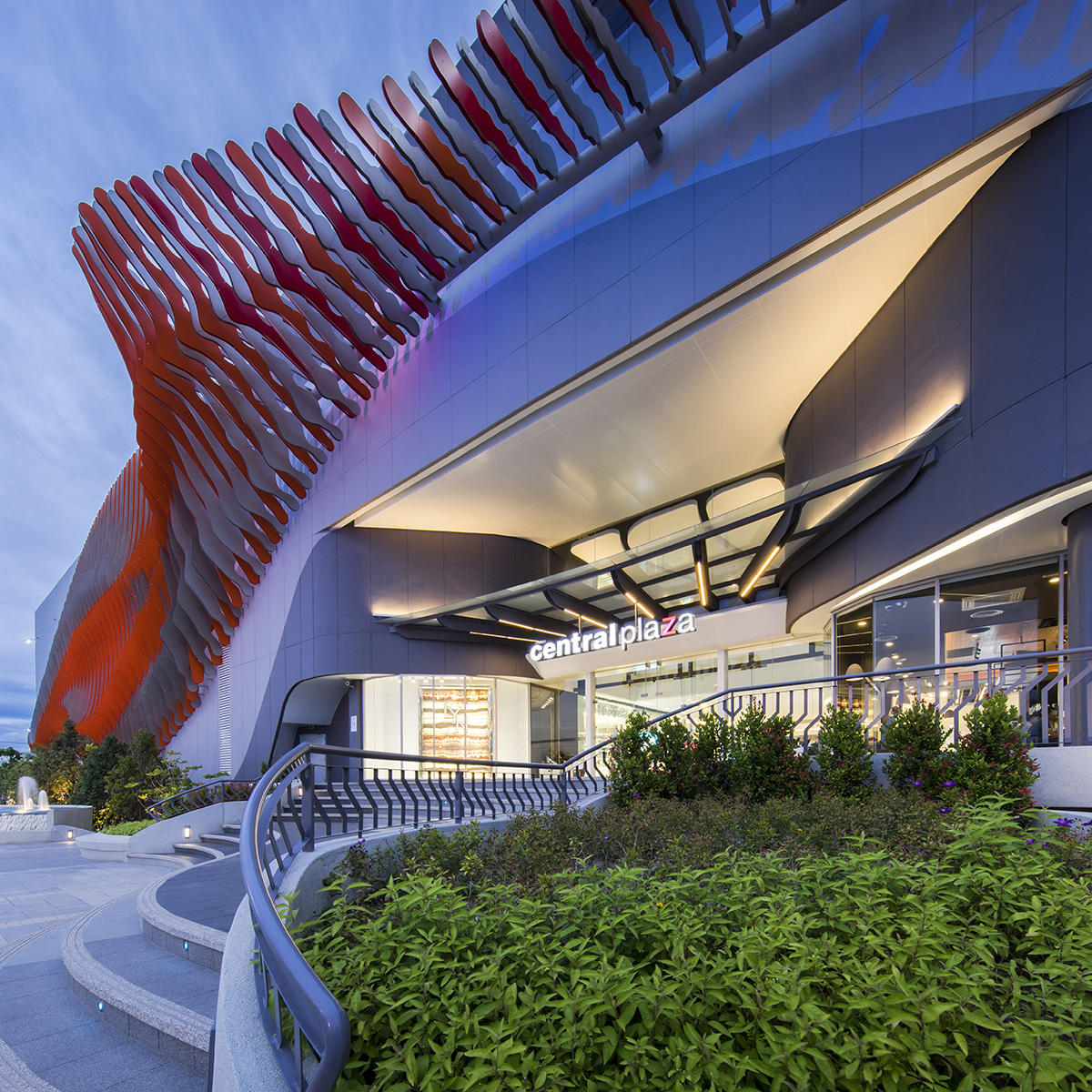 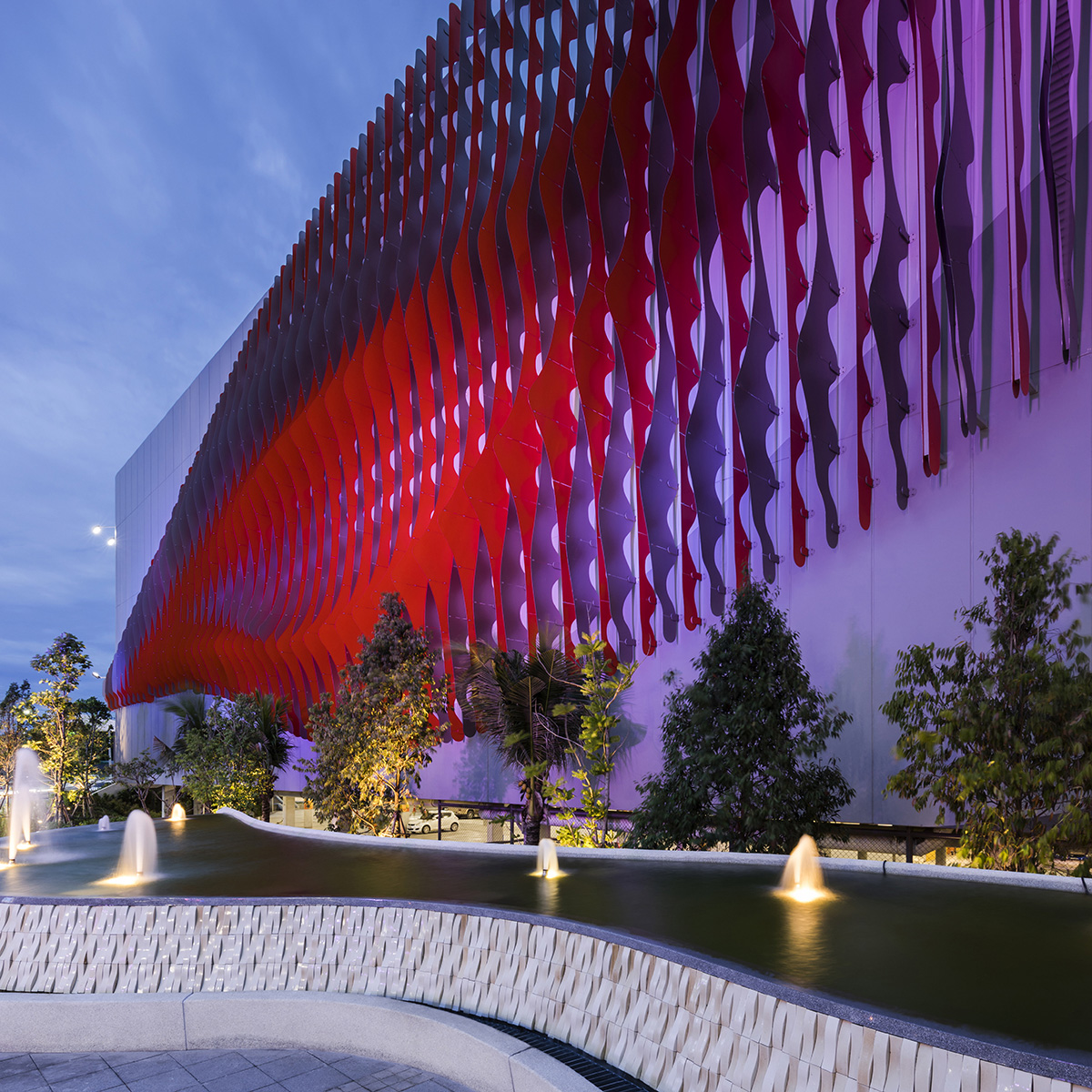 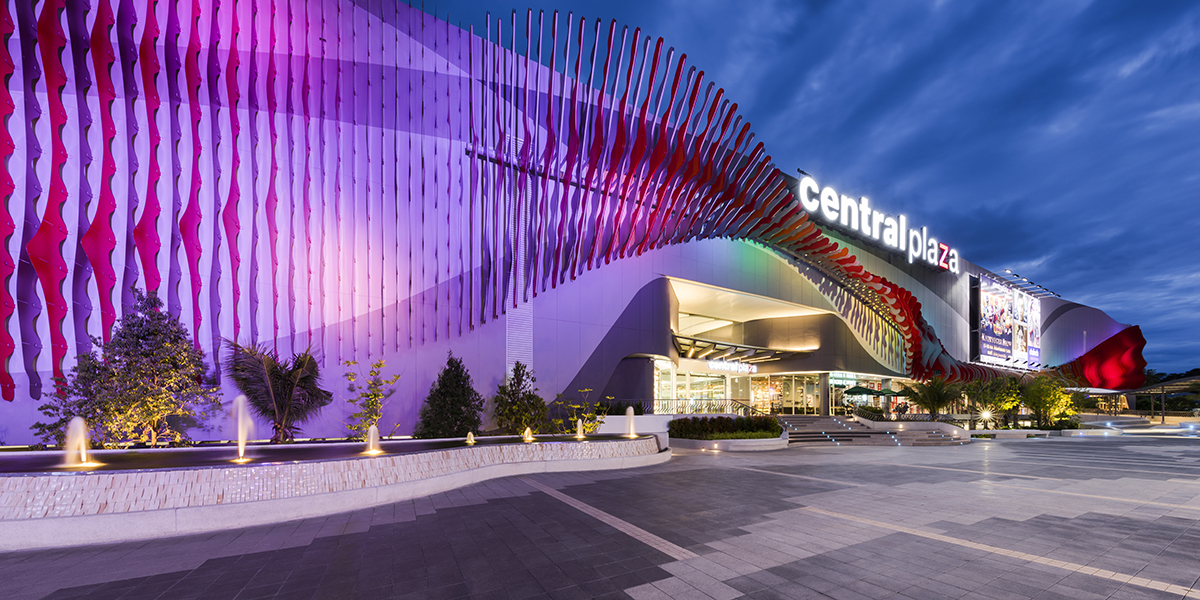 Situated along a major highway just south of Bangkok en route to the resort town of Pattaya, the design of the facade for the Central Plaza Rayong facade explores the potential of the facade to provide a visually engaging and seemingly kinetic appearance to attract the attention of passers by. Defined by a series of 2D CNC plasma cut aluminum profiles which are mirrored and nested to gain optimum material efficiency, the undulating ripples within the facade reference the rippling waves of the adjacent beach front. The result is a moire like effect, which appears to shape shift as one drives by and provides multiple readings from various vantage points.